She has been teaching undergraduates art and culture modules and postgraduates research techniques modules at MADE’IN Sainte Marie-Lyon (France) from 2014 to 2018.  She is now an independent researcher based in Spain.

Maxime Danesin obtained his PhD in Modern Literature at Tours University (France), and is now an independent researcher based in France. His primary field of research is transculturality and transtextuality, with a triple focus: on European literary and cultural transfers in Japan – mainly through neo-medievalism in Mangaesque literature -; on the extension of Literature’s boundaries through the postmodern reenchantment of the World; and on the collapse of the modern and national model of the literary field.

Marco Pellitteri is an associate professor in the School of Humanities and Social Sciences of Xi’ian Jiaotong—Liverpool University (Suzhou). He received a doctorate in Sociology and Social Research from the University of Trento (Italy) and then worked five years as a researcher at Kobe University and two years as a lecturer at Shanghai International Studies University. His research spans several sectors in the macro-areas of visual media and creative industries. He is the author of several monographs, among which The Dragon and the Dazzle (Tunué with the Japan Foundation, 2010, 750 pages, It. ed. 2008) and Mazinga Nostalgia (1999, 2002, 2008; 4th revised edition Tunué, 2018, 2 vols, 1600 pages); and the editor of Japanese Animation in Asia (with Wong Heung Wah, Routledge 2020, forthcoming) and The Palgrave Handbook of Music and Sound in Japanese animation (Palgrave 2022, in preparation).

Fabio D. Palumbo holds a PhD in Aesthetics from Università degli Studi di Messina (Italy), and is currently an honorary fellow at the Department of Ancient and Modern Civilizations at the same University. His field of research includes Postmodernism and Psychoanalysis, focusing mainly on Gilles Deleuze and Jacques Lacan. He is also interested in the philosophical implications and interpretations of Japanese and East Asian pop culture.

Secretary of MIRA, he is also a member of the editorial team of Mutual Images Journal.

Jamie Tokuno has a Masters of Arts in the Theory and Practice of Translation from the School of Oriental and African Studies (SOAS), University of London, and was a recipient of the Meiji Jingu Japanese Studies Research Scholarship for PhD in Ecotourism Translation at SOAS. Her main research area is Japanese translation studies with a focus on promotional ecotourism texts, though she is also interested in corpus-based translation studies, ecotourism studies, and Japanese sociolinguistics. She is currently based in Honolulu, Hawaii, where she is on the Board of Directors for the Hawaii Ecotourism Association and works for the Hawaii Visitors & Convention Bureau in addition to her activities as an independent researcher and freelance translator.

Treasurer of MIRA, she is also a member of the editorial team of Mutual Images Journal.

Christopher Hayes is a researcher specialising in British media representation and perceptions of Japan. He co-organised the 2018 international workshop in Cardiff, and has since worked with MIRA as Communications Officer. He obtained his PhD in Japanese Studies from Cardiff University in 2019. His thesis examined depictions of technology and Japan in the British press. Japan is often presented as a highly futuristic country, full of robots and the like. However, in the last few years, another, contradictory discourse of Japan as low-tech has emerged. His research explores how both of these depictions are presented in the British press, asking how they can co-exist, as well as investigating the degree to which these depictions rely on stereotypes. He now works as Project Officer in the Centre for Japanese Studies at the University of East Anglia, UK. From September 2019, he will take up the post of visiting foreign researcher at the Kyoto Institute, Library and Archives for 6 months while he investigates the effects of the Rugby World Cup on foreign visitor perceptions of Japan and tourism.

Communication officer of MIRA, he is also a member of the editorial team of Mutual Images Journal.

Manuel Hernández-Pérez is Lecturer in Digital Design at University of Hull, UK (School of Arts) where has been the Programme leader for the Game and Entertainment Design course. He is author of a monograph in Spanish by the name Japanese Cross-Media Narrative. Manga, Anime and Videogames (PUZ, 2017) and coordinator for Otaku Japan (2018) together with Dr Santiago Iglesias, a collection on anime tourism. He holds a Ph.D. in Communications from the University of Murcia, Spain. He has published his research in several academic journals including Mass Media Communications and Society, Sage Animation, Journalism, and Mass Communication Quarterly.  His main research is areas are related to Japanese media industries with a focus on transmedia narratives and cross-cultural readings of manga and anime products. He collaborates in other multidisciplinary projects related to the educational use of video games such as the VR mobile application LIFE C4 (2020), released as an application for Android and IOS.

Permanent volunteer of MIRA, he is also a member of the editorial team of Mutual Images Journal. 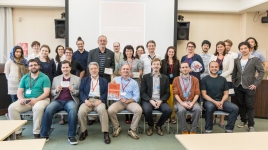 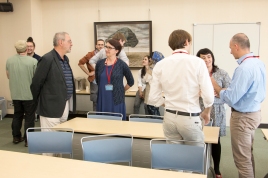 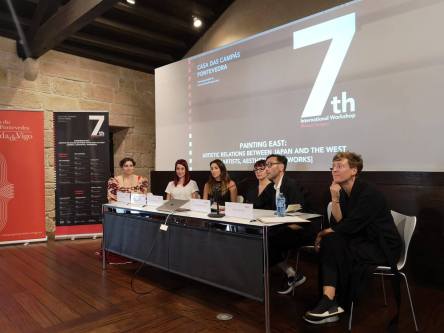 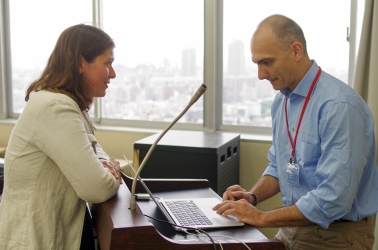 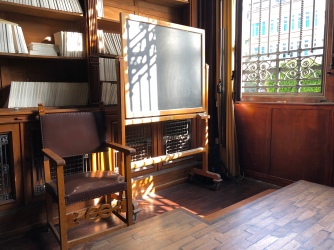